Wilton and Barry's Rock Opera - Do You Remember Me?

Ever since hearing Jesus Christ Superstar in 1993 I've wanted to do a Rock Opera.  My first attempt didn't work out and I ended up using the musical material for The Butterfly Plague.  Years later, I tried again and realized that my issue was the lyric writing.  I didn't think my own style of obscure overly dramatic moody lyrics were suitable.  So I put an ad online and found Barry Brown.  After an afternoon of discussion he showed me a few titles and ideas.  One was “Rabbit Proof Fence”.  I thought it was a weird and quirky title and Barry mentioned it was a movie about Indigenous People from Australia.  I looked it up, borrowed it from the library and was horrified at the story of the Government taking away children to be assimilated into the European Culture in church/state run schools.  After some more research, we discovered that this was not an isolated event.  Many first world countries including Canada did this.  On a similar note, in Ireland there was the Magdalene Laundries where girls and young women deemed to be not normal, were forced into working and adapting to the Catholic faith.  This was faithfully shown in the movie “The Magdalene Sisters”.  Not only was this an Aboriginal issue, it was a children’s issue, and a human rights issue.

We thought this would be a compelling story, one which needed to be brought to the forefront of knowledge so that it would never happen again.

Two download versions to choose from.
Mp3 or Wave.
See below for details

Do You Remember Me?

PDF of Graphics, Text and Lyrics are included with download.

Do You Remember Me? (Wave files)

WAVE files for those that prefer higher quality sound files. Please be advised that due to the nature of Wave files, the ID3 tags (song title, artist, album name etc) are not organized by appropriate label.

PDF of Graphics, Text and Lyrics are included with download.

You can download the Graphics, Credits and Lyrics by themselves HERE.

Due to the subject matter of our Rock Opera, we felt it appropriate to donate a portion of our music sales (downloads and CD's) to the Downie Wenjack Fund (DWF).

Inspired by Chanie’s story and Gord’s call to action to build a better Canada, the Gord Downie & Chanie Wenjack Fund (DWF) aims to build cultural understanding and create a path toward reconciliation between Indigenous and non-Indigenous peoples. DWF provides education on the true history of Indigenous Peoples in Canada and the lasting impact of residential schools through their programming, partnerships and events that build awareness, education, and connection between all peoples in Canada. 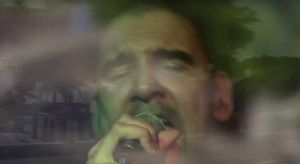 For this project, not only did Wilton play keyboards, he also played all the guitar parts.
“It felt good to play guitar on this level,  it’s been awhile.  For my own band, the last time I played was for 2001’s “Broken” CD.  After that I turned over the guitar playing to another guitar player, so getting back to playing the instrument which got me started in rock was a pleasure.”

Wilton also sang the character part of the Government Official who puts this travesty in motion.
“I guess I’m the villain of the story, and of history regarding Residential Schools.  I tried to use a different style of voice for this character as opposed to using my regular voice heard in my other recordings.  I thought it important to make a distinction between the two.”

When it hopefully comes to performing “Do You Remember Me?” as a theatrical production, Wilton will possibly have to make a choice as how to be involved.  Vocalist, Guitarist, Keyboardist, Musical Director?  “I’m not sure.  I think it’ll depend on whether someone else can do the job better.  If so, they’ll probably be welcome to do so”.